Bar’s Leaks Australia LP & H.O Wiles Limited (est. 1908) manufacture and market some of the most trusted names in automotive chemicals. These include the Bar’s Leaks radiator products plus the market leading Bar’s Bugs windscreen washer additive range and, more recently, we have added Workshop Hero products to our range.

In addition to our retail products on offer we manufacture a wide range of custom home branded products specifically to order for a range of Automotive dealerships and wholesalers in the form of fuel additives, upper engine cleaners and general multipurpose cleaners. The Australian head office and manufacturing plant is located at Taren Point in Sydney’s southern suburbs. New Zealand’s head office and manufacturing plant is located in Penrose, Auckland. 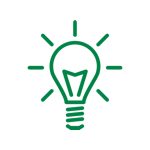 We work closely with international partners and local specialists to develop some of the most trusted and leading cleaning products found in NZ and Australia. 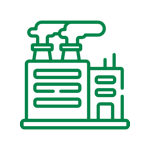 Manufacturing has been the backbone of the both our Australian and NZ companies since the early 1900’s. We pride ourselves on producing products locally supporting local suppliers and industry.

Our products can be found in all leading automotive and mass merchants across Australia and New Zealand. Most retailers we have been trading with for over 40 years, providing great distribution and brand presence. 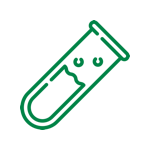 We work closely with leading automotive organisations at OE level, in formulating premium additives and cleaners to provide exclusivity and uniqueness for organisations.

Harold’s three sons, Hal, John and Geoff Wiles became involved in the business pre second world war and were involved with the introduction of Kellogg’s Cornflakes into the New Zealand market. Sadly, that agency was lost whilst the brothers were in Turkey/Africa/Italy fighting in the NZ forces. John and Geoff returned and re-joined the family business. Unfortunately, Hal the oldest brother lost his life flying for the Royal New Zealand Airforce.

Tim Wiles, Grandson of Harold Wiles joined the business. A full range of Simoniz car care products was introduced into the NZ market this included Simoniz Liquid Diamond, a revolutionary polymer product which rejuvenated the polish market. Endorsements over this period included Jackie Stewart for Liquid Diamond, and a very angry looking Mr T. The iconic Green Ant was introduced and Bar’s Bugs was given a completely new facelift along with a formulation upgrade. Bar’s Bugs became the number 1 windscreen cleaner in both countries and remains there today in many cases outselling its closest competition 6-1.

Check Out Our Brands

Our Brands
Get in touch